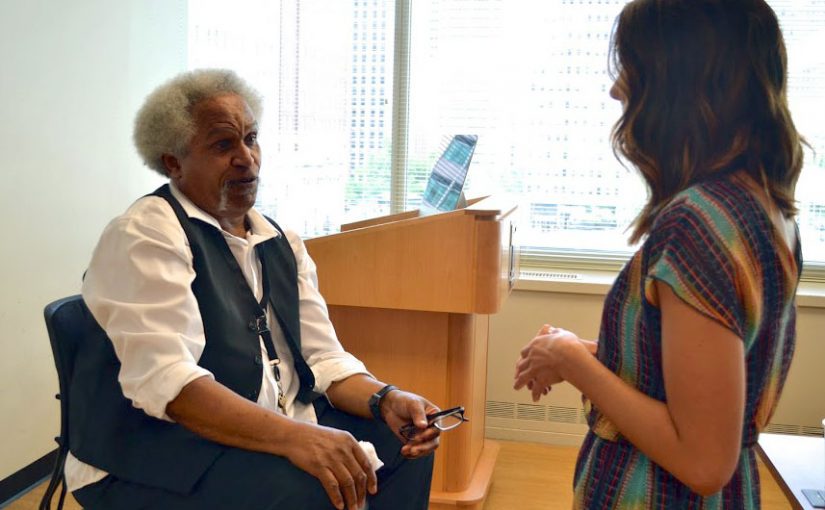 Former Philadelphia Mayor John Street met with the staff of the Temple DNC News Bureau last week to discuss the 2016 election cycle, his experience as a public official and his expectations for the 2016 Democratic National Convention. During Street’s first few months as mayor, the 2000 Republican National Convention was held in Philadelphia.

At “these conventions more than any other place you can go — with the possible exception of a state fair — you actually see who this country is, which you don’t see every day,” said Street. “Seeing delegates from Iowa and Florida are so different than what we see everyday here in Philadelphia.”

The 2000 RNC was plagued with violent protests and demonstrations. Protesters ran clear wires high above the ground to decapitate mounted police, according to Street, though no one was injured.  They also slashed tires and even infiltrated citywide communication, which Street said was solved by police and city officials using Nextel cell phones.

“They did anything they could to provoke the police,” said Street. “They were trying to do some serious damage.”

They provoked the Philadelphia Police so much that one officer pulled a gun on a protester but never fired. Street said he “knew [the RNC] was going to be ugly.” The protests resulted in hundreds of arrests, according to the Associated Press.

Street believes the 2016 protests will be different, with the overwhelming majority remaining peaceful during the DNC. He cited the recent death of five Dallas police officers by a third party sniper during a peaceful demonstration as a huge reason why the protests may not be as violent as they were in 2000.

“Black Lives Matter will thrive, as they should. But I think when the five police officers went down; I think it sobered up a lot of people, even the most radical of people.”

“Our police department is determined to be responsible and respectful of the rights of the protesters.”

Street is no stranger to protests. In the 1960s, Street says he became an activist with his brother Milton after being mistreated for being the first minority vendors on the Temple University campus.  Street later attended Temple Law School. He said his activism eventually informed his political career.

A nine-year Political Science adjunct professor at Temple, Street said he aims to inform, entertain and inspire all of his students. During his visit, Street influenced the Temple DNC News Bureau students by informing them of the political climate, entertaining with his jokes about state fairs and inspiring them to make a difference as not only journalists, but voters.

Alexa Ross is reporting from the Temple DNC News Bureau in Philadelphia.

"I don't think the protests are going to be as violent. I don't see Dallas, here." Street on possible DNC protests pic.twitter.com/2SqYT4GvVQ