Pennsylvania Democratic Delegates, DNC Convention: Day 1 PA Delegates get ready for their first day at the convention, with speakers including Sen. Bob Casey and Gov. Tom Wolf. Louis Finley is reporting from the Temple DNC News Bureau in Philadelphia for 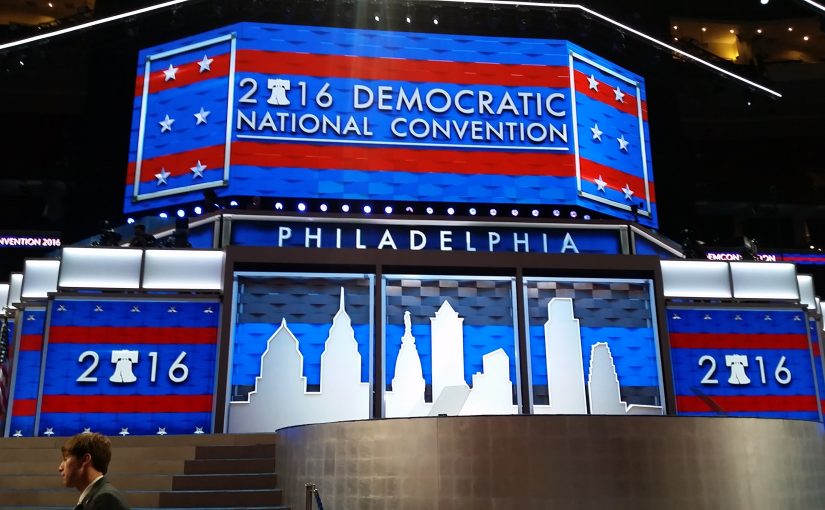 Stars promote art advocacy Creative minds were out to support art advocacy at the Electric Factory in Philadelphia on Wednesday night. The Creative Coalition, which helps artists promote First Amendment rights, hosted a star-studded gala with guests from the Democratic National Convention. But big art doesn’t only happen in big cities. Louis Finley is reporting … END_OF_DOCUMENT_TOKEN_TO_BE_REPLACED

Centre County delegate sees childhood dream realized Traveling to Philadelphia and witnessing Hillary Clinton accept the nomination to become the first female presidential candidate of a major party was a dream for Nancy Chiswick, of Centre County. “I couldn’t imagine being president because as far as I knew, girls didn’t become president,” Chiswick said. Louis … END_OF_DOCUMENT_TOKEN_TO_BE_REPLACED

Our Lady of Victory librarian a delegate at DNC In a county where the amount of registered Democrats and Republicans are nearly equal, Susan DeMetrick is looking to tip the district to a progressive blue, starting at the Democratic National Convention in Philadelphia. DeMetrick is one of five elected delegates who will descend on the … END_OF_DOCUMENT_TOKEN_TO_BE_REPLACED

Greg Stewart plays an integral part in getting Centre County delegates to DNC When he’s not number crunching at his day job in the finance industry, Greg Stewart dedicates his life to politics, playing a key part in helping this year’s delegates get to the Democratic National Convention in Philadelphia. Though he is not a … END_OF_DOCUMENT_TOKEN_TO_BE_REPLACED

Pennsylvania DNC delegation pursues unity There is nothing like a good theme for a party. With the Democratic Party’s Pennsylvania delegation, that theme was clear in the first meeting Monday at the DoubleTree hotel on the first day of the Democratic National Convention. It was all about party unity. Notable speakers for that first event … END_OF_DOCUMENT_TOKEN_TO_BE_REPLACED